Pilot Study of suction as a mechanism of IUD Expulsion with Concomitant Menstrual Cup Use. 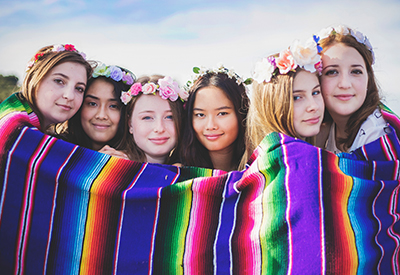 Intrauterine devices (IUDs) are a commonly used, highly effective form of long-acting, reversible contraception in the United States (US). IUD expulsions, or displacement of the IUD from the top of the uterine cavity occur approximately 5% of the time but can have significant consequences for patients such as unintended pregnancy and further need for health care services and costs. Limited data suggests that menstrual cup use with an IUD in place may be associated increased risk of IUD expulsion. Menstrual cups such as the DivaCup are reusable collection devices that are an increasingly popular alternative to tampons or sanitary pads in the US; they are more cost effective and more environmentally sustainable. The cup is placed in the vagina to create a vacuum seal to prevent leakage. This seal or suction should be released before cup removal. Two plausible mechanisms have been suggested to explain IUD expulsion in the setting of menstrual cup use: the suction created by the cup displaces the IUD, or the IUD strings are inadvertently pulled on during cup removal. No studies have examined the mechanics of IUD displacement. Additionally, there are no formal recommendations guiding patients and providers about concomitant IUD and menstrual cup use, including expulsion risk or strategies to prevent expulsions. Data are needed to not only better understand the mechanisms of IUD displacement with menstrual cup use, but to better guide the many patients who use both. Our study will address this knowledge gap by performing an exploratory study of the IUD displacement with menstrual cup insertion and removal, specifically looking at suction as a mechanism. We will enroll fifty women presenting for IUD removal. Women will be screened for eligibility and participants will be excluded if they are unable to place and remove a menstrual cup, do not have visible IUD strings on exam, have a silicone allergy or sensitivity, or have an experimental IUD. After a screening pelvic exam and transvaginal ultrasound to measure the distance of the IUD from the top of the uterine fundus, the participant will be asked to place a menstrual cup as suggested by the manufacturer. Participants will then be instructed to remove the menstrual cup by breaking the suction or seal. A repeat transvaginal ultrasound will be done to re-measure the IUD location and quantify any displacement. Participants who did not have complete IUD expulsion with the first cup placement and removal will be instructed to replace the cup and then remove the cup without breaking the seal. This study will provide pilot data examining suction as a mechanism of IUD displacement with menstrual cup use. We hypothesize that manufacturer-recommended menstrual cup insertion and removal by breaking the seal will result in 15% rate of IUD displacement/expulsion. We will also use this data to explore variables associated with IUD displacement and menstrual cup use. By examining the role of suction as a possible mechanism of IUD displacement, this research will allow healthcare providers to better counsel patients who use IUDs regarding menstrual cup use. Having a better understanding of the mechanics of IUD displacement could lead to the development of strategies to prevent expulsion.