A Phase III, Randomized, Double-Blind, Placebo-Controlled, Multicenter Study to Evaluate the Efficacy and Safety of Obinutuzumab in Patients with ISN/RPS 2003 Class III or IV Lupus Nephritis 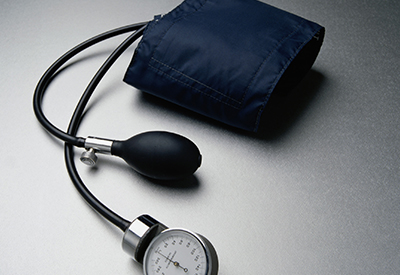 After a screening period of up to 28 days, eligible subjects will be randomized to receive blinded infusions of obinutuzumab 1000 mg or placebo on Day 1, and weeks 2,24,26,50,52 in three treatment groups. and will be assessed at week 76. Neither the subject or study staff will know which treatment was given until after the study has finished. Eligibility for subsequent infusions after week 76 will be determined based on the investigator's assessment of the adequacy of treatment response.

Males and females must be 18-75 years of age, and have ISN/RPS Class III or IV proliferative LN as evidenced be renal biopsy performed in the 6 months prior to screening or during screening. Patients must exhibit significant proteinuria as evidenced by a UPCR greater than or equal to 1, based on a 24-hour urine collection during screening.

Inclusion: --SLE according to the 2019 European League Against Rheumatism/American College of Rheumatology (EULAR/ACR) Classification Criteria, which are met by the presence of Class III or IV LN (above) and current or past positive antinuclear antibody (ANA) Positive ANA is defined by ANA at a titer of  1:80 on HEp-2 cells or an equivalent positive ANA test at least once. --Receipt of at least one dose of pulse methylprednisolone IV ( 250 mg) or equivalent for treatment of the current episode of active LN during the 6 months prior to screening or during screening A maximum of 3 g methylprednisolone IV or equivalent during the 4 weeks prior to screening or during screening is allowed. --For women of childbearing potential: agreement to remain abstinent (refrain from heterosexual intercourse) or use contraception, and agreement to refrain from donating eggs. --For men: agreement to remain abstinent (refrain from heterosexual intercourse) or use contraceptive methods, and agreement to refrain from donating sperm. Exclusion: --Pregnant or breastfeeding, or intending to become pregnant during the study or within 18 months after the final dose of obinutuzumab or placebo or within 6 weeks after the final dose of MMF. --Severe renal impairment, as defined by eGFR  30 mL/min/1.73 m2 (as estimated using the CKD-EPI equation) or the need for dialysis or renal transplantation --HIV infection, Tuberculosis (TB) infection, Active infection of any kind. --History of cancer, including solid tumors, hematological malignancies, and carcinoma in situ, within the past 5 years