A Placebo-controlled, Randomized, Phase 3 Study to Evaluate the Efficacy and Safety of Seladelpar in Patients With Primary Biliary Cholangitis (PBC) and an Inadequate Response to or an Intolerance to Ursodeoxycholic Acid (UDCA) 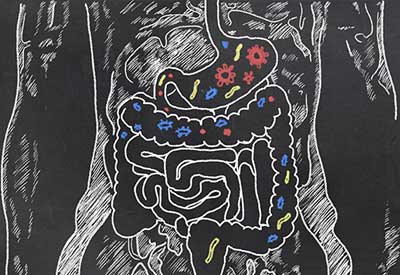 This is an international, multicenter evaluation of seladelpar in a randomized, double-blind, placebo-controlled, parallel-group study in patients with PBC. Approximately 180 subjects will be randomized in 2:1 ratio (seladelpar:placebo) across approximately 150 sites worldwide. Enrolled subjects will have confirmed PBC as defined by having any 2 of the following 3 diagnostic criteria: (1) history of ALP above 1.0? the upper limit of normal (ULN) for at least 6 months; (2) positive antimitochondrial antibody (AMA) titer (>1:40 on immunofluorescence or M2 positive by enzyme lin1;4ed immunosorbent assay [ELISA]) or positive PBC-specific antinuclear antibodies (ANAs); and (3) documented liver biopsy results consistent with PBC. Enrolled subjects must have received UDCA for at least 12 months (>3 months of stable dose prior to screening) or have intolerance to UDCA (last dose of UDCA >3 months prior to screening). During the study, the study drug will be administered as an add-on to UDCA therapy for subjects who tolerate UDCA; for subjects with UDCA intolerance, the study drug will be administered as a monotherapy. Subjects with the presence or history of cirrhosis with complications, Gilbert’s syndrome with elevated total bilirubin, primary sclerosing cholangitis (PSC), current features of autoimmune hepatitis (AIH), biopsy-confirmed nonalcoholic steatohepatitis (NASH), alcoholic liver disease, or chronic hepatitis B or C will be excluded. In order to establish the histological status of their liver before and after treatment, all subjects will be encouraged to have a liver biopsy during the Screening Period and after 1 year of treatment, or at Early Termination if the subjects withdraw from the study, provided that they have received at least 6 months of treatment. A follow-up liver biopsy will be performed only in subjects with baseline liver biopsy. Transient elastography via FibroScan? will be performed to assess liver stiffness at baseline and during the Treatment Period or at Early Termination. On Day 1, subjects will be randomized into 1 of 2 treatment arms (seladelpar 10 mg or placebo) in a 2:1 ratio. Subjects will be stratified at randomization according to ALP <350 U/L versus ≥350 U/L and pruritus numerical rating scale (NRS) (<4 versus ≥4) to ensure even distribution across the treatment groups. The total duration of participation in the study for each subject will be up to 14 months and consists of Screening Period (up to 2 weeks), a Run-in Period (up to 2 weeks), a Treatment Period with a maximum duration of up to 12 months, and a Safety Followup Period (1 month after the last dose, only for subjects who are not enrolled in the long-term study). The Screening Period will be up to 2 weeks, during which time subject eligibility will be confirmed. The Run-in Period will start 2 weeks prior to the planned Day 1 Visit; at this visit, subjects start their pruritus evaluation using an e-diary. Liver biopsy will be performed at any time between Screening and Day 1 for subjects willing to undergo the procedure and after their eligibility is confirmed. At Day 1, subjects will enter the Treatment Period. Subjects will receive double-blinded treatment for 12 months. After the completion of the Treatment Period, subjects will be invited to enroll into an open-label, long-term study (Study CB8025-31731-RE) in which each subject will be administered seladelpar and subjects on placebo will initiate seladelpar treatment. Subjects who decline long-term study participation will have a follow-up visit performed 1 month after the last dose of study drug.